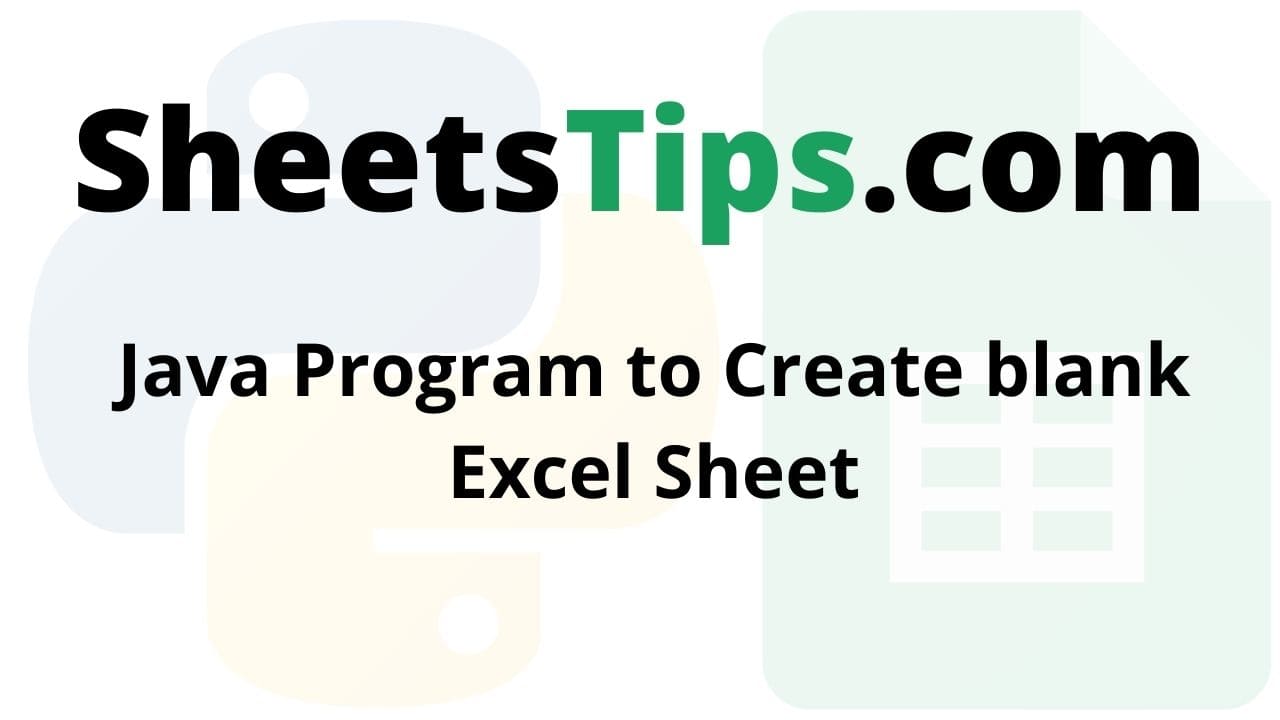 In this article, let us see how to create a blank excel sheet using java. Here we make use of the Apache POI library in Java for this purpose.

XSSFWorkbook: XSSFWorkbook. It is a class that represents both high-level and low-level Excel file formats. It is part of the org. apache. xssf.

It is a High-level representation of a SpreadsheetML worksheet. Sheets are the central structures within a workbook and are where the majority of the spreadsheet work is done. The worksheet, which is displayed as a grid of cells, is the most used type of sheet. Text, numbers, dates, and formulas can all be entered into worksheet cells. Formatting cells is also possible.

A FileInputStream reads bytes from a file in the file system. The files that are available are determined by the host environment. FileInputStream is intended for reading raw bytes streams such as image data. Consider using FileReader to read character streams.

To create and deal with blank Excel documents and files, Java includes the package ‘org.apache.poi.xssf.usermodel’. The class XSSFWorkbook in this package can be used to create and process blank spreadsheet workbooks. The class also includes functions for reading, writing, and working with new and existing sheets. The File and FIleOutputStream packages are also required to create a file and subsequently open a connection. It also makes it easier to modify the contents of the file in Java, such as appending, deleting, and so on.

Apache POI is a free and open-source Java library for creating and manipulating Microsoft Office file formats. The following file formats should be able to be created, modified, and displayed/read using POI. For example, because java does not include built-in support for interacting with Excel files, we must search for open-source APIs to complete the job.

Here we use STS(Spring Tool Suite) to create a blank excel file.

You can either use MyEclipse or STS(SpringToolSuite) for this. Here I am using STS.

Spring Tool Suite (STS) is a Java IDE designed specifically for the development of Spring-based enterprise applications. It is simpler, quicker, and more convenient. Most notably, it is built on the Eclipse IDE. STS is a free, open-source software platform powered by VMware. Spring Tools 4 represents the next generation of Spring tooling for your preferred development environment. It was largely redesigned from the bottom up to give world-class support for developing Spring-based enterprise apps, regardless of whether you choose Eclipse, Visual Studio Code, or Theia IDE.

STS directly imports all the classes from maven if we just add dependencies.

Step#2: Add the spring web dependency and click on Finish. Now the project is created successfully.

Step#4: Create a new class say CreateBlankExcelClass in the src/main/java folder with the same package com.sheetstips.

Step#5: Write the below code in the above CreateBlankExcelClass class

Below is the implementation:

Step#6: Now run the code by Right-clicking on the project and click on run –> Run as spring boot App 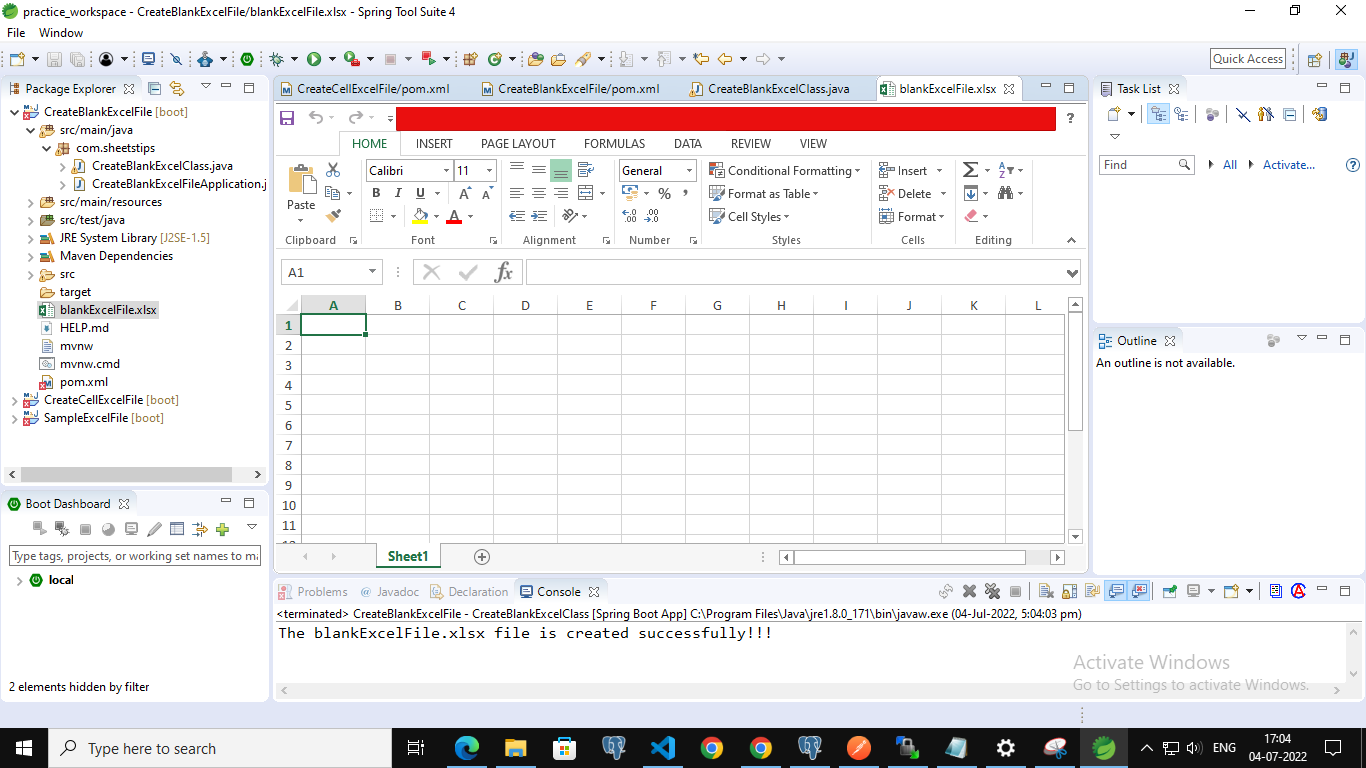 Step#7: Now when we refresh the project we can observe that a new excel file with the name blankExcelFile.xlsx is created which is the output file that we want.

Recommended Reading On: Java Program to Print Happy Birthday on Your Birthday