Google Sheets Named Ranges lets you use a single range across several sheets, formulas, and other operations, and then change it from a specific location. For example, Instead of naming a range of cells “A1:B2,” you may call it “Fruits.” A formula like “=SUM(A1:B2, D4:E6)” could be written as “=SUM(Fruits, Vegetables)” in this way. In this article, let’s understand how to create static and dynamic named ranges with important Google Sheet tips. Read on to find more.

How to Create Named Ranges in Google Sheets?

Follow the steps as listed below to create a named range in Google Sheets: 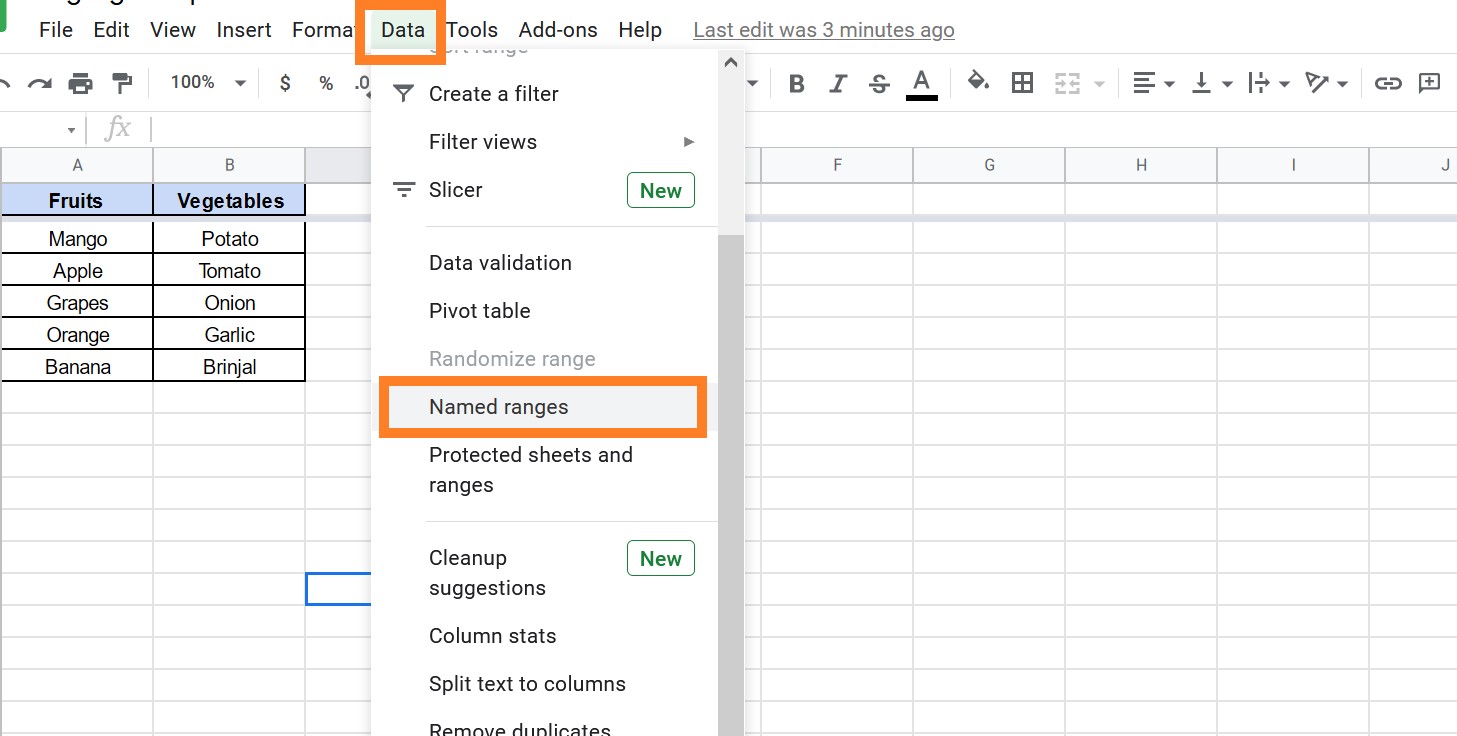 List of Rules to be Followed to Create Named Ranges

How to Edit Named Ranges in Google Sheets?

We can edit named ranges in Google Sheets by following the steps listed below:

Named Ranges are useful because they allow you to update the named range once and have all the formulas that use it update as well. You may execute this by using a clever INDIRECT function trick. Assume you have a dataset like the one below, and you want to build a named range for the sales data that updates automatically anytime new data is uploaded.

Enter the formula =COUNT(C2:C100)+1 in a cell (D2 in this example). This will tell us how many cells have a number in them. Because our computation data begins in row 2, 1 is added to the formula. It’s also important to note that we use C2:C100 so that any further data will be counted automatically in the future. We also used the COUNT function because the data is purely numerical. COUNTIF can also be used based on your data. 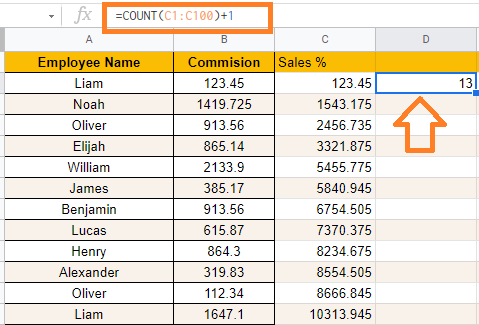 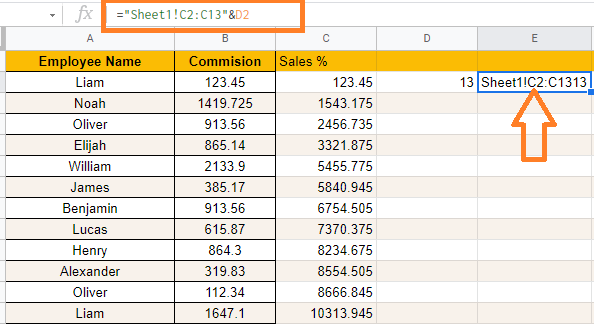 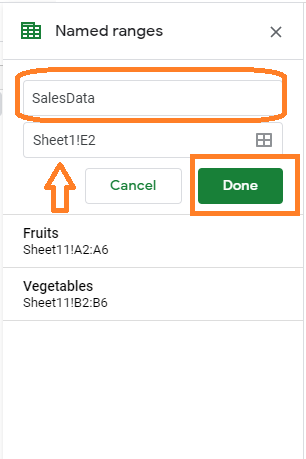 You can now refer to the dynamic named range with the following formula: =INDIRECT(SalesData)

The INDIRECT function would refer to cell F2, which has the reference for the sales data, by using the designated range. Because we used =“Sheet1!C2:C”&D2 to make the range in E2 dynamic, the named range also becomes dynamic.

For example, you can now use the formula =SUM(INDIRECT(SalesData)) to determine the total sales. If you add more transaction records, the formula will immediately update and tell you the updated sales total.