How to Split Text to Columns in Google Sheets: Split Cell Horizontally/Vertically

When you need to quickly split the first and last name, or the username and domain name from an email id or the domain name from URLs, the Split Text to Columns tool come in handy. Let’s understand how this can be done with the help of examples.

Now, let’s split the first name and last name from one column to multiple columns with an example. 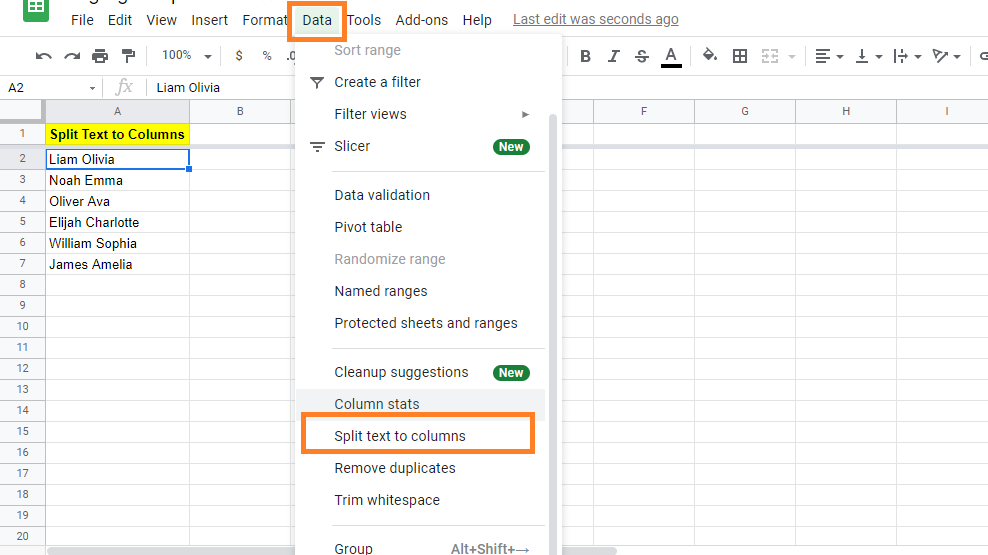 Now you will see the cells results as shown in the image below. 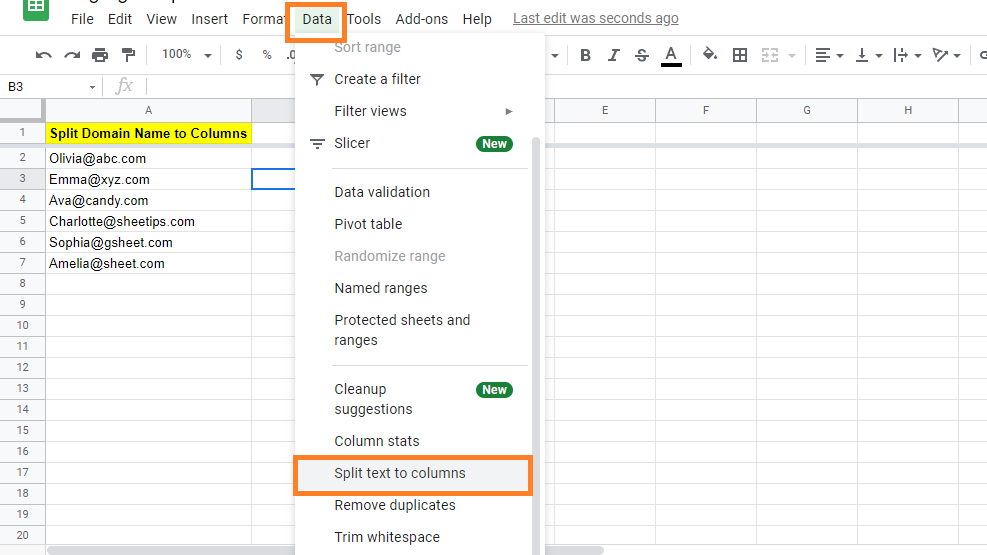 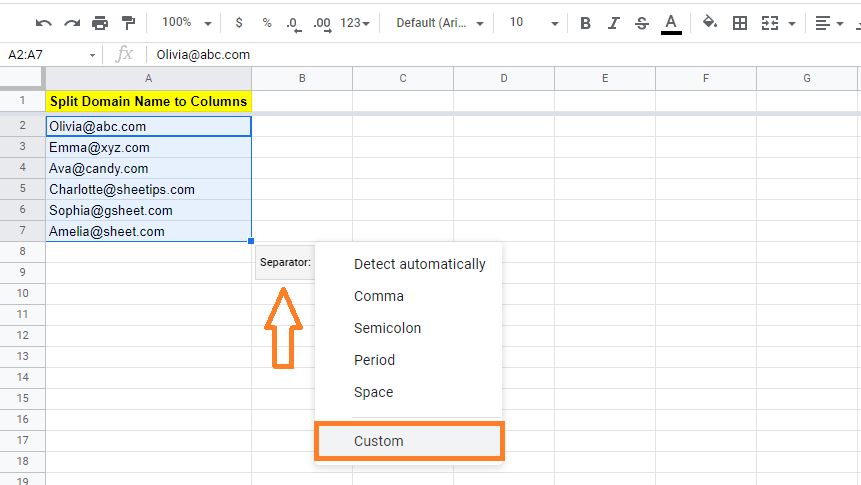 Split Domain Name from URL to Cells in Google Sheets 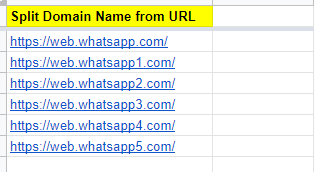 The steps to split or divide the domain name from the URL are given below:

If you’re wondering why column B is blank, it’s because, in the URLs, there are two forward slashes following HTTP. Each forward slash is considered a separate separator.

Also, keep in mind that this strategy only works if the domain names are in the same format. If you have one with HTTP and one without, for example, the domain names may appear in different columns.

If you wish to split the text into rows rather than columns, one simple method is to use text to columns first, then transpose the data in Google Sheets. 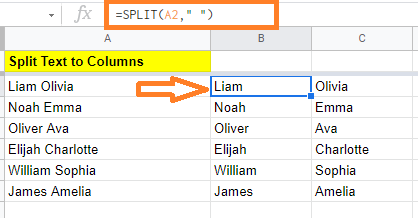