How to Alphabetize Comma-Separated Strings in Google Sheets? 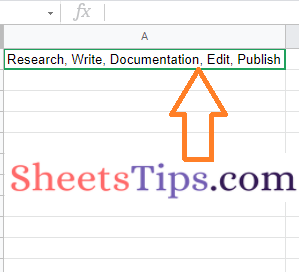 Now we need to arrange the following dataset in an alphabetical manner. The step-by-step procedure to get this done is explained in the following section.

How to Sort Alphabetically in Google Sheets and Keep Rows Together?

The simple steps to sorting the data in alphabetical order are as follows:

Step 1. The Split Function Is Used in the First Step

Step 2: Making Use of the Transpose Function 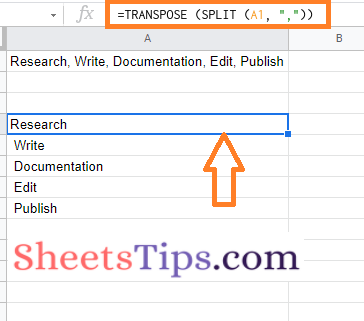 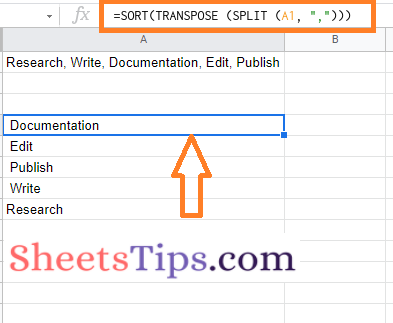 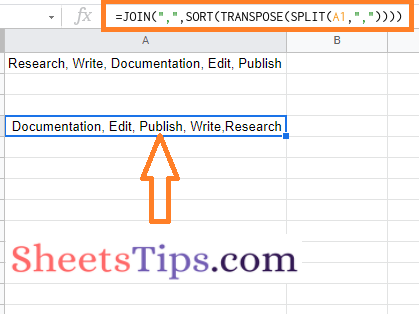 That’s it. Our data is being sorted in alphabetical order, as shown in the image below.