When working in Google Sheets, we need to organize our data to make it more readable. One of the ways to organize the dataset in Google Sheets is to make use of the Group Columns feature. With the help of this feature, we can easily group a set of columns as per the specifications. In this article, let’s understand how to group columns, expand or collapse columns with important Google Sheet Tips. Read on to find out more.

How to Group Columns in Google Sheets?

Let’s consider the following dataset to group the columns in Google Sheets. If we could classify the months into quarters, this dataset would be considerably more ordered and easier to navigate. So, let’s look at the steps we will need to take to achieve this.

Follow the steps as listed below to Group columns in Google Sheets: 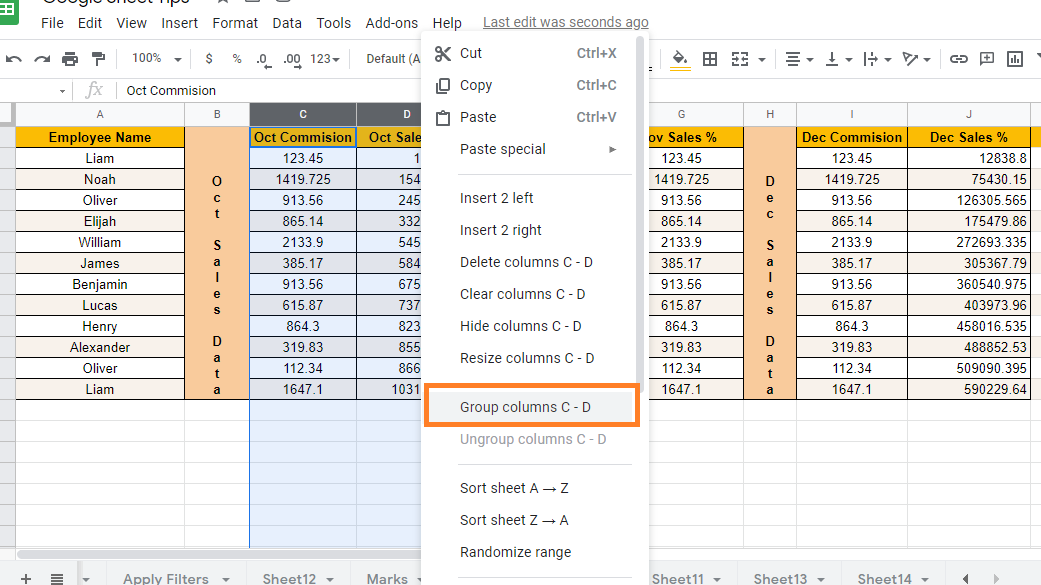 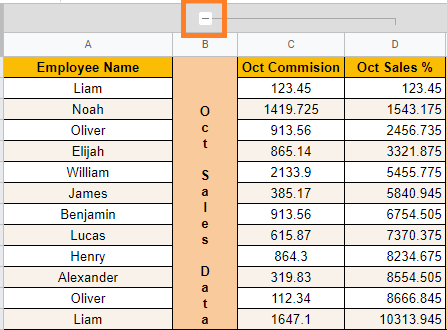 That’s it. The selected range of columns is now grouped together. The minus icon that displays on top of each group is accompanied by a line that spans the columns that make up the group, making it easy to determine which columns are included.

Collapsing and Expanding the Grouped Columns

You may quickly extend and collapse each group once your columns have been grouped together. To collapse or expand the columns in Google Sheets, follow the steps as listed below:

Now the group will be expanded. 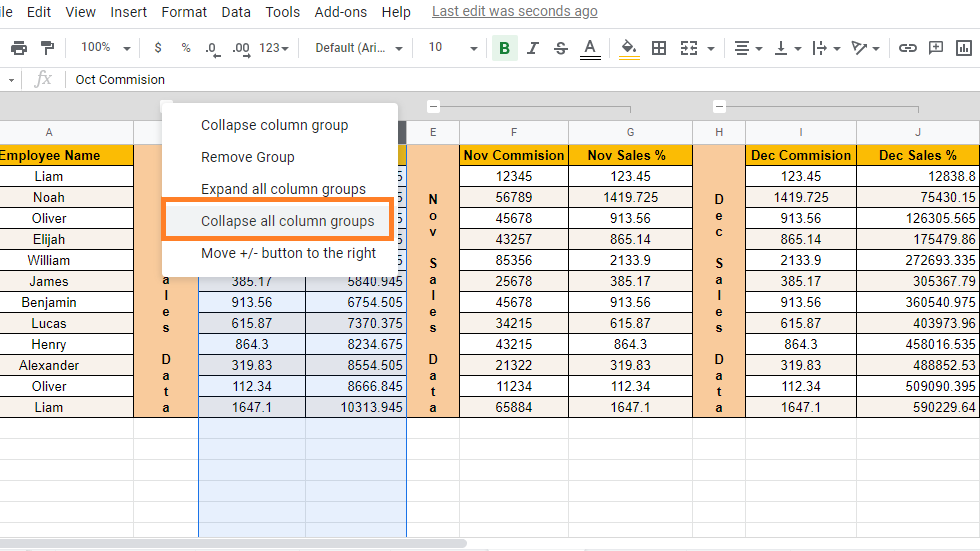 This will collapse all the grouped columns on the Google Sheets.

How to Create Multiple Layers of Grouped Columns? 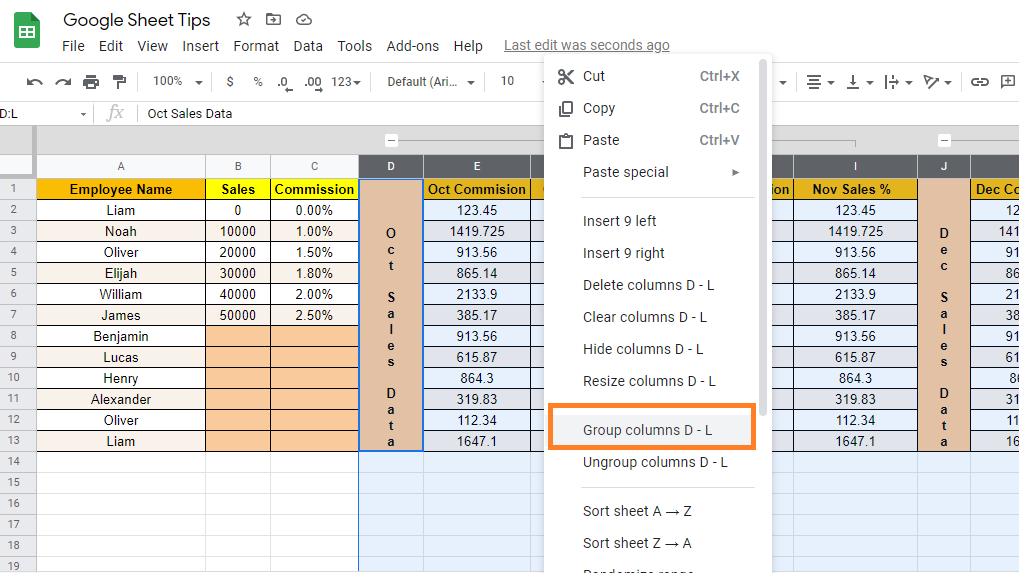 On top of the previous layer of minus/plus icons, the grey region contains a new minus icon.

This icon is also accompanied by a line that spans the columns that make up the group, making it simple to see which columns (or groups of columns) are included.

The largest group will be the initial (or top-most) layer. All of the quarter’s columns will be concealed when you collapse it. The sub-groups of columns will be the layers beneath this. You can further group and subgroup the columns as needed, and the grey area at the top allows you to see how all of your columns have been arranged.

How to Ungroup Columns in Google Sheets?

In order to ungroup columns in Google Sheets, select the grouped columns and right-click anywhere on the cell. Now just select Ungroup (Cell Range). The selected columns will be ungrouped. 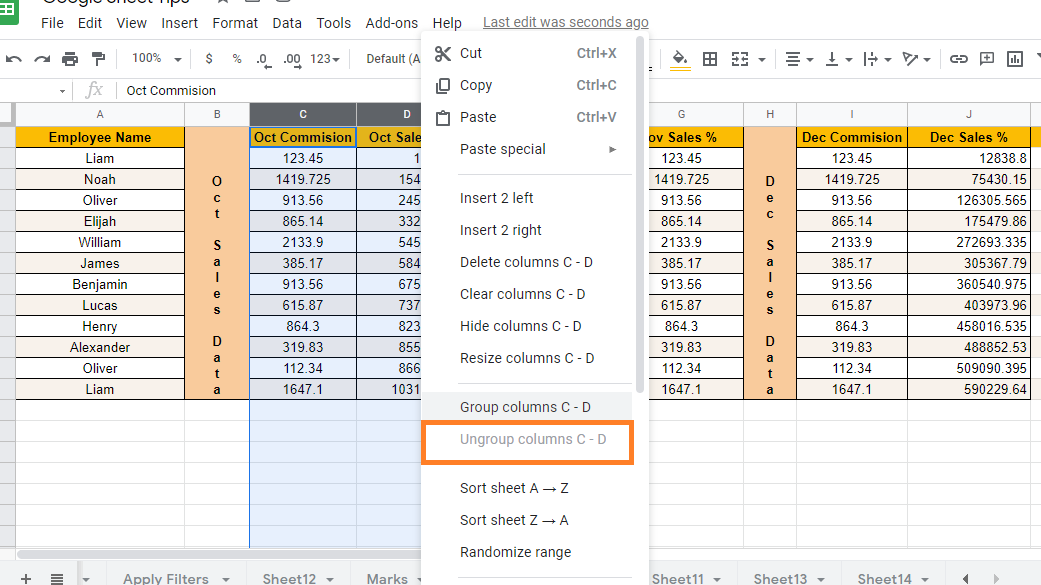 You might be wondering that what’s the point of having a separate function to group and ungroup sheets when Google Sheets already has the option to hide/unhide columns. Both provide results that are similar in certain ways. So, here’s how you can utilize grouped columns in Google Sheets: