Bell Curve is a type of Graph that can be generated on Google Sheets within few clicks. With the help of the Bell Curve, we can examine the differences between data points and the remaining data. Usually, organizations provide appraisals to employees based on the Bell Curve graph. The graph, Bell Curve also shows where the majority of data points in a graph are located, how near they are to one another, and which data points are considered as exceptions.

In this article, let’s learn everything about how to generate the Bell Curve graph with important Google Sheets tips. Read on to find out more.

How to Create a Bell Curve Graph in Google Sheets?

While Sheets includes a number of in-built graphing tools, we will need to perform some math to create a bell curve. Let’s understand how to do this with the help of the following example. Let’s consider an employee dataset whose productivity rates will be generated with the help of the Bell curve graph. 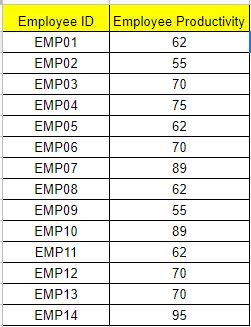 Before we build our Bell Curve graph we will have to perform some mathematical operations as shown below:

Now let’s create a series of assistance columns to hold the calculations we need to produce the bell curve graph before we begin.

Here we have added the following columns to the example:

Now follow the steps as listed below to perform Mathematical opeartions. 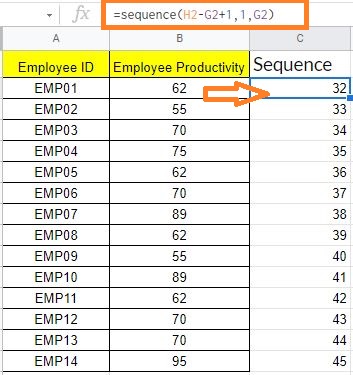 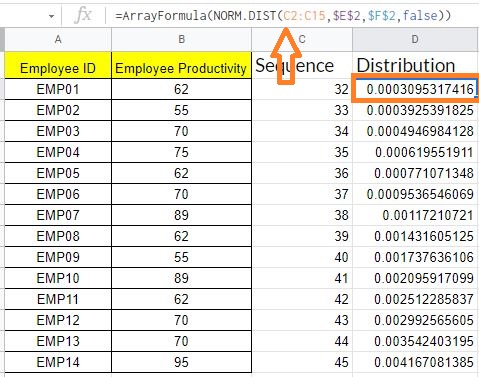 3. Cell E: Average – Using the AVERAGE function, find the average value of the data for which you’re creating a bell curve. In cell E2, I’ve used the formula =Average(B2:B15) as an example. 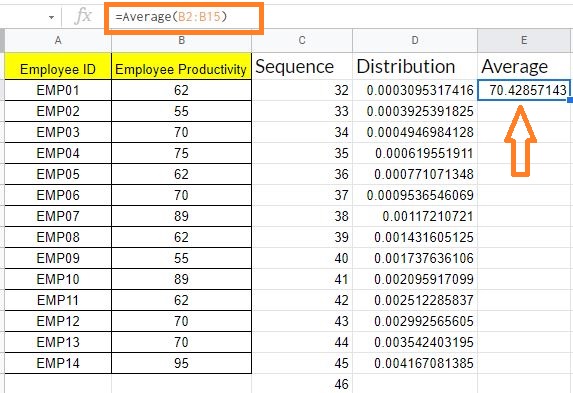 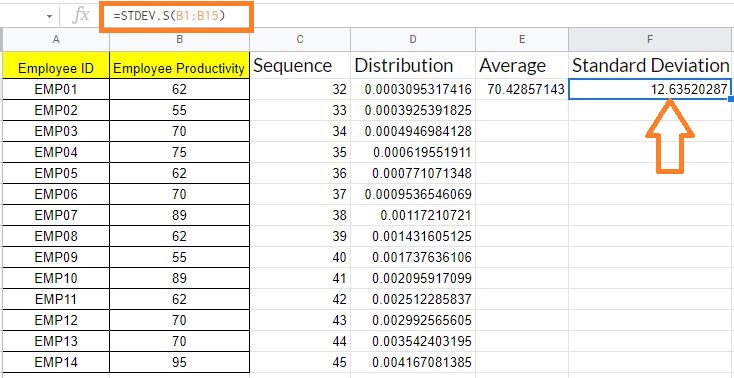 Now with the help of the above data, let’s generate the Bell Curve graph by following the steps as listed below: 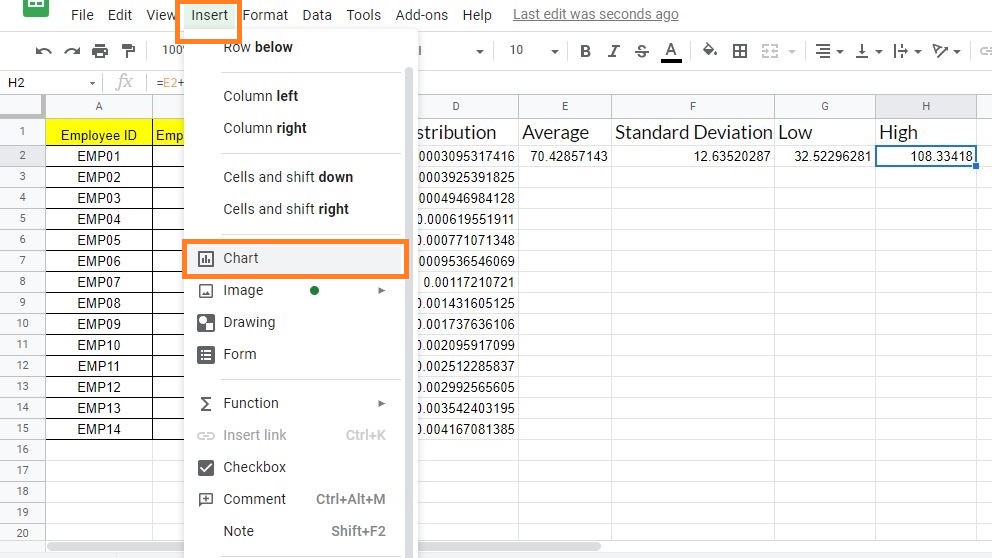 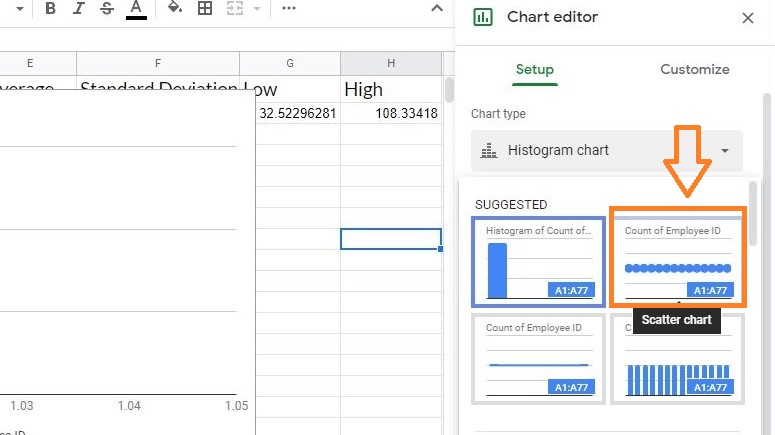 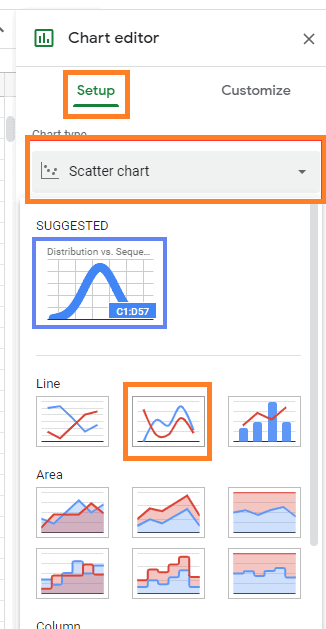 The bell curve graph will be generated as shown in the image given below. 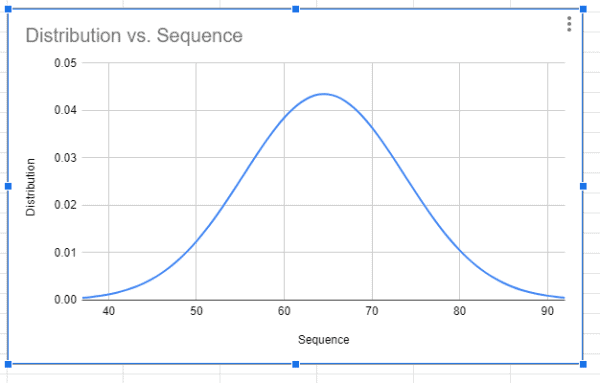