A Gantt chart is a type of bar chart that is widely used to show how a project’s schedule is broken down into tasks or events and plotted against time. With the help of this Chart, one can easily understand the flow of the projects and so on.

Refer to the following image and create a dataset that is similar to your Google Sheets. 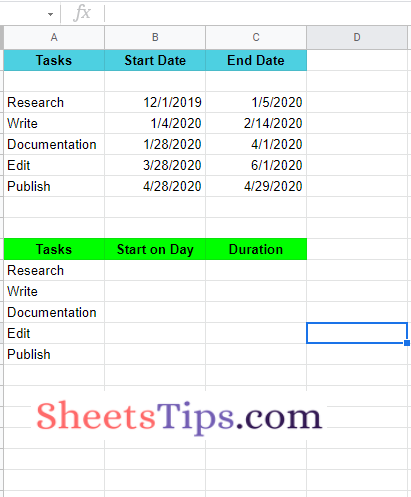 The steps to create a Gantt Chart in the Google Spreadsheet are explained below: 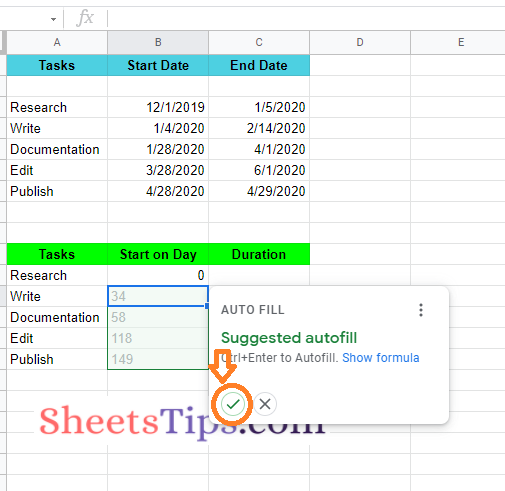 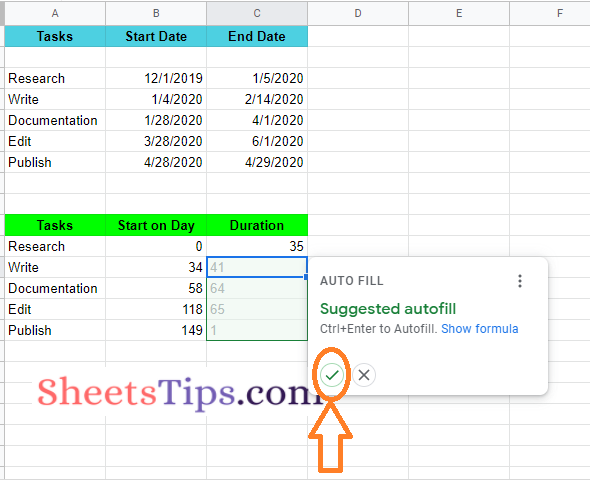 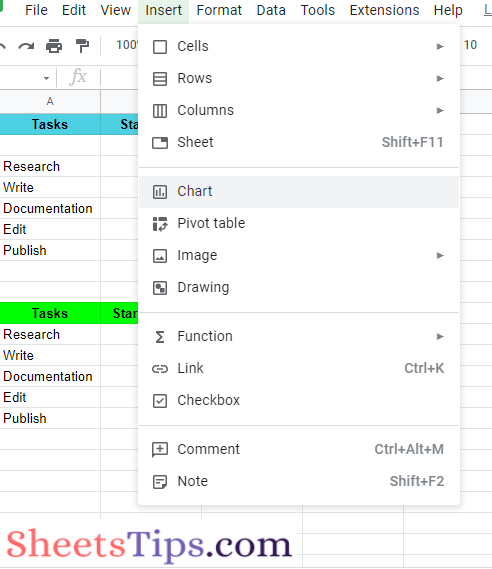 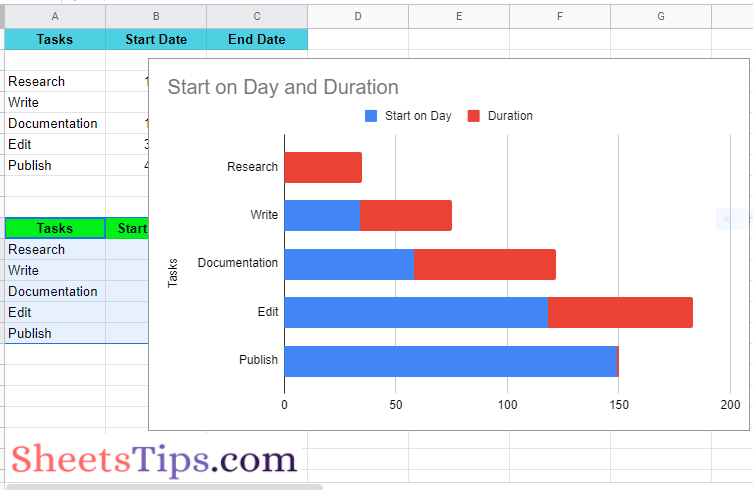 That’s it, the Gannt Chart has been created on the Google Sheets using the Stacked Bar Chart as shown in the image below. 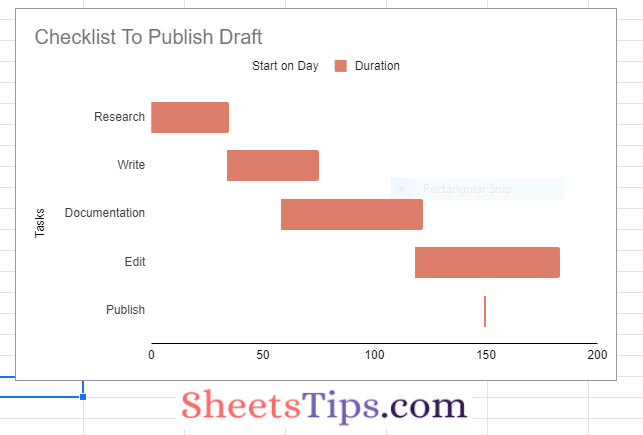