Sync Data in Google Spreadsheets: While working with Google Sheets which is shared with multiple users, it would be quite difficult to apply filters or perform other operations since it would affect other users as well.  In such instances, most of the Spreadsheet users will simply create a copy and make modifications. However, copying the dataset will not help if there are any new changes made to the actual spreadsheet. To overcome this issue, we can simply sync data from one Google Sheet to another Google Sheets.

So, in this post, let us understand how to Sync Data from one Google Sheets to another sheet with the help of GSheet tips provided on this page. Read further to find more.

In order to sync data in Google Spreadsheet, we will have to make use of IMPORTRANGE range function. The syntax of IMPORTRANGE function is given below:

If you don’t provide a sheet name, the formula will assume you need to import data from the Google Sheets document’s first sheet. This text can alternatively be placed in a cell and the cell reference is used as the second argument.

How To Sync Data From One Google Sheets to Another Spreadsheet? 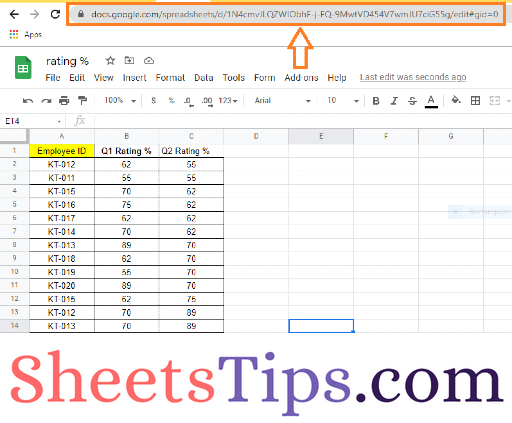 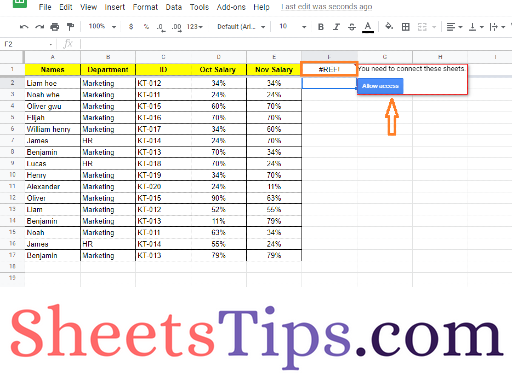